MRP MATILA RÖHR PRODUCTIONS is a Finnish film production company, ambitiously run since 1990. MRP produces feature films, drama series, documentaries and animations in Finland and abroad. The company’s over 50 feature films, international co-productions and multiple drama series and documentaries illustrate its creative vision and professionalism. MRP’s successful journey shows that we are committed to constantly improve our skills and competence. We set the bar very high for the films and drama series that we produce.

MRP has close ties to the most important players in the international film production field. So far, MRP has produced films and drama series with companies from over 15 different countries. MRP is a well-known and well-regarded brand also outside the film and TV industry.

A number of MRP’s films are considered milestones in the Finnish film history due to their great success in critical reviews and box offices both in Finland and abroad. 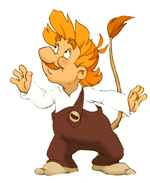